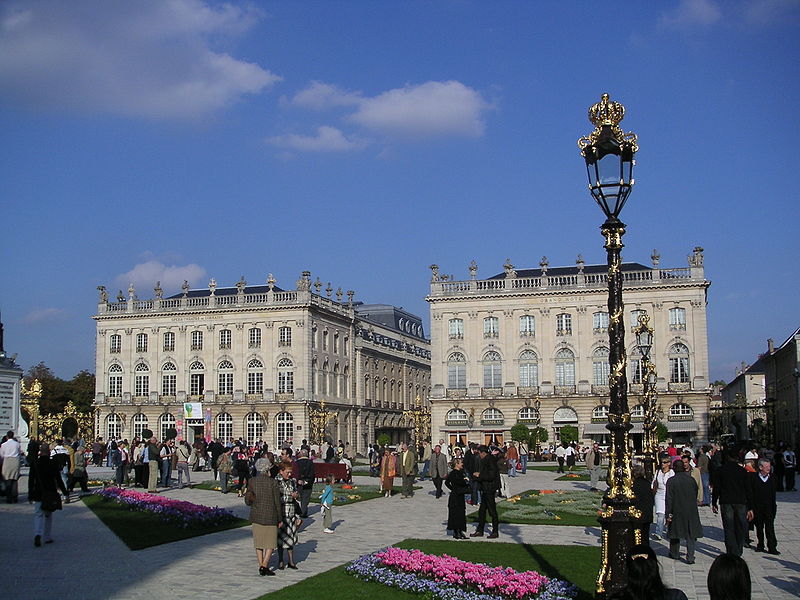 Nancy (French pronunciation: [nɑ̃.si]) is a city in the north-eastern French department of Meurthe-et-Moselle, and formerly the capital of the Duchy of Lorraine, and then the French province of the same name.
Place Stanislas, a large square built between March 1752 and November 1755 by Stanislaw I to link the medieval old town of Nancy and the new town built under Charles III in the 17th century, is an UNESCOWorld Heritage Site.
The city is known for this World Heritage buildings : The Place Stanislas (XVIII°) with its golden gates and which was opened April 2005 by Jacques Chirac after refurbishment.
The “École de Nancy“, a group of artists and architects founded by the glassmaster and furniture maker Émile Gallé, worked in the Art Nouveau style at the end of the 19th century and the early 20th century. It was principally their work which made Nancy a centre of art and architecture that rivaled Paris and helped give the city the nickname “Capitale de l’Est.” The city still possesses many Art Nouveau buildings 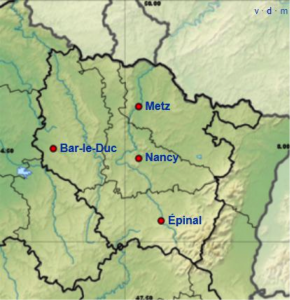 Lorraine (French pronunciation: ​[lɔʁɛn]) is one of the 27 regions of France. The administrative region has two cities of equal importance: Metz, the regional prefecture and Nancy. Lorraine’s name is derived from the separate medieval kingdom of Lotharingia, which in turn was named for Charlemagne’s grandson Lothair I, who was Lorraine’s first king.

Nancy is located close to some of the best wine routes in France (Alsace, Burgundy, Champagne) More info…